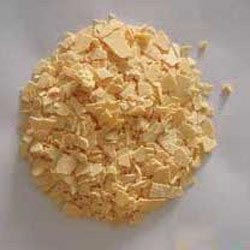 The company has cemented its presence among the reliable Manufacturers, Suppliers, Importers and Exporters of Sodium Sulphide Flakes.  The Flakes offered by us are processed using premium quality ingredients and chemicals. Our chemical is extensively used in dyes, detergents, food preservative, and ore flotation and oil recovery. Buyers can obtain these at nominal rates.