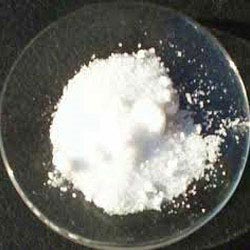 We manufacture, export, import and supply excellent quality Sodium Bromide. It is a white crystalline powder that is essentially used as a source of bromide ion. We make use of the finest quality chemicals for the processing of our Sodium Bromide. We offer it in safe packaging of different quantities. Buyers can place bulk as well as urgent orders for Sodium Bromide with us!